Our Lady’s Nurses for the Poor was founded in Sydney in 1913 by a young Australian woman, Eileen O’Connor, and a Society of the Missionaries of the Sacred Heart priest, Rev. Edward (Ted) McGrath. 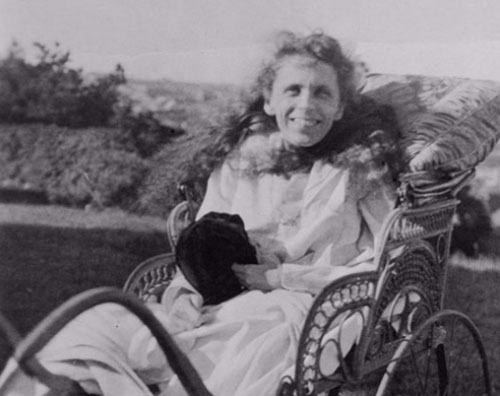 Born in Melbourne 1892, Eileen suffered from a severe curvature of the spine and was – at best – 115 cm (3’9”) tall, although for much of her life she could not stand or walk. It is now known Eileen suffered from transverse myelitis, a debilitating inflammation of the spinal cord. She was largely paralysed for several years and remained in constant pain throughout her brief life. Her family moved to Sydney when she was 10 years old.

With limited education and no formal theological formation, Eileen embodied a distinctive spirituality marked by an unwavering devotion to Our Lady and her own willingness to endure a lifetime of suffering.

Father McGrath met Eileen through his duties as priest-in-charge of St Brigid’s Church, Coogee, NSW. He became convinced of her saintliness during his frequent visits to the family home.

The plight of the sick poor was especially close to Eileen, whose family had been plunged into precarious financial circumstances following the death of her father in 1911. Likewise, Father McGrath had a deep empathy for those who were experiencing the same difficulties as his own disadvantaged background.

Our Lady’s Nurses of the Poor began its ministry from Our Lady’s Home at Coogee in April 1913. However, it faced unexpected opposition from church authorities in its early years.

Father McGrath was ordered to end his involvement with Eileen O’Connor and Our Lady’s Nurses for the Poor under threat of expulsion from his order, while Eileen O’Connor was threatened with excommunication if she proceeded with legal action for defamation by church authorities.

Eileen and Father McGrath travelled to Rome in 1915. Father McGrath successfully appealed his case in the Vatican Congregation for Religious and was reinstated by his society. However, he was effectively prevented from returning to Australia for many years.

He joined the British Army and served as a military chaplain for the duration of the Great War. He had the distinction of being awarded the Military Cross and recommended for the Victoria Cross for repeated acts of gallantry under enemy fire.

After the war, Father McGrath served as a priest in France, England and the USA for more than 25 years. During this period, three of his Superiors General tried to persuade him to leave the order without success.

Eileen O’Connor’s case against church authorities was quashed. After spending several months travelling in England, Ireland, France and Italy, including a memorable audience with His Holiness Pope Benedict XV, she returned to Australia.

Despite her growing disabilities, Eileen continued to guide the work of the fledgling society from her bed. She died at Our Lady’s Home on 10 January 1921, aged just 28 years.

Father McGrath finally returned to Australia in 1941 and continued his fruitful vocation as a MSC priest in Melbourne. His prayerfulness, wisdom and humour endeared him to many people who attended his missions.

Father McGrath remained devoted to Our Lady’s Nurses for the Poor throughout his life. In 1969, he returned to Our Lady’s Home at Coogee, where he spent the remaining years of his life. He died on 17 May 1977, aged 96 years. 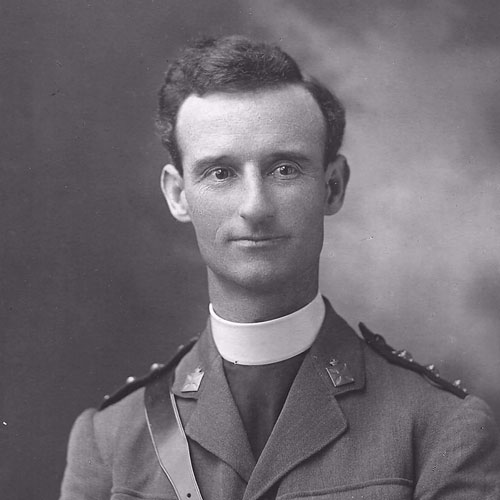