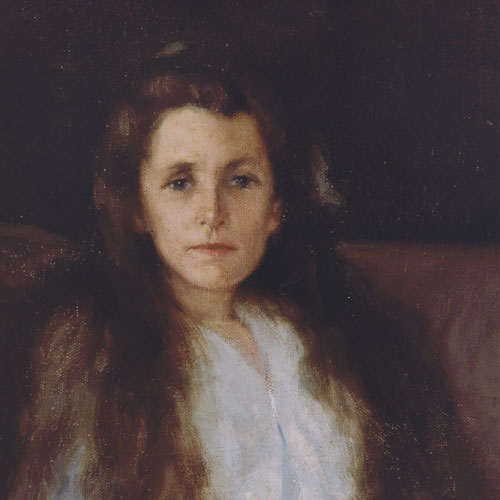 THE PATH TO CANONISATION

Eileen O’Connor, known as ‘Little Mother’ by the members of the congregation she founded, has long been considered by many to be a ‘saint-in-waiting’. And now, her holiness and virtue have been recognised by the Holy See and the cause for her canonisation opened by the Vatican’s Congregation for the Causes of Saints.

On 17 August 2018, the Archdiocese of Sydney announced:

“Australia is one step closer to getting its next saint with the Vatican advancing the cause for Sydney woman Eileen O’Connor to the title Servant of God.

“The significant announcement comes just months after Catholic Archbishop of Sydney, Most Rev. Anthony Fisher OP, began the formal process for the beatification of Eileen when he appointed Rome-based priest, Father Anthony Robbie, in March as postulator – the person who guides the cause for beatification or canonisation through the Church’s rigorous processes for recognising a person as a saint.

“Eileen’s was a life of immense suffering and judged by today’s standards many would have viewed it as lacking in dignity, value or hope,” said Archbishop Fisher.

“That she is on her way to possibly being our next saint shows even a short life, marked by incredible suffering, can be an inspiration to all and reminds us of the dignity of every human life.”

On 10 October 2019, Archbishop of Sydney, Anthony Fisher OP, issued an edict calling on Sydney Catholics to aid the Archdiocese with information for the Cause of Beatification and Canonisation of Servant of God, Eileen O’Connor. The Cause was officially opened after a Mass at St Mary's Cathedral on 20 February 2020, the 128th anniversary of Eileen's birthday.

With limited education and no formal theological formation, she embodied a distinctive spirituality marked by an unwavering devotion to Our Lady and her willingness to devote her suffering to Our Lady’s work.

Eileen’s beautiful spirit inspired many people to seek her guidance and prayers. She listened to them, understood their problems and gave wise advice. There are numerous anecdotal and documented accounts of Eileen’s intercession in answering the prayers of the faithful.

Eileen died on 10 January 1921, aged just 28 years. Her body was found to be incorrupt when it was exhumed from Randwick Cemetery for reinterment in the chapel at Our Lady’s Home, Coogee, 15 years later.

Eileen’s legacy – the mission of Our Lady’s Nurses for the Poor over the past 100 years – ranks among the great and enduring social works of Caroline Chisholm and Saint Mary MacKillop.

In 2017, Most Rev Anthony Fisher OP, Archbishop of Sydney, approved the following two prayers for the beatification of Eileen O’Connor:

Great and Merciful God, through the maternal love of the Blessed Virgin Mary, you inspired your servant Eileen O’Connor, to care for the sick and dying poor and to serve your Church through spiritual and corporal works of mercy. Listen graciously to our prayers, and grant that Eileen may be raised to the glory of your altar. We ask this through Christ Our Lord. Amen.

Holy and loving God, we give you thanks for your faithful servant Eileen O’Connor. By your grace she united her sufferings to Christ and her prayers to Mary. With great patience she inspired and called other women to be devoted to the care of the sick and dying poor, both in body and in spirit. We humbly ask that the Little Mother, Eileen, who by her ceaseless prayer and suffering inspired others to live the Gospel, may be lifted up and counted among your saints in heaven. Graciously hear our prayers through Christ Our Lord. Amen.

Please contact Our Lady’s Nurses for the Poor if you would like copies of these prayer cards.