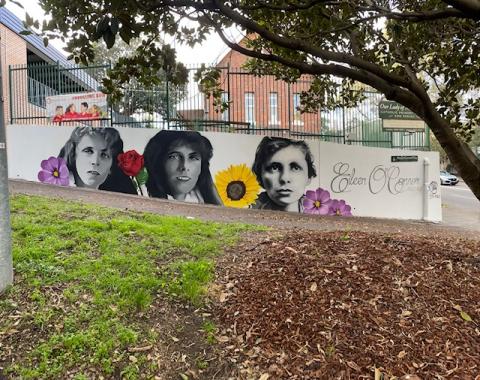 A striking mural depicting co-founder of Our Lady’s Nurses for the Poor and Servant of God, Eileen O’Connor, has been unveiled at Our Lady of Mount Carmel primary school in Waterloo, where Eileen attended school in the early 1900s. The O’Connor family attended Sunday Mass at the church next door. The mural has been unveiled to coincide with the 100th anniversary of Eileen’s death at the young age of 28. It depicts images of Eileen at different stages of her life, as well as her signature. The mural was commissioned by Parish Priest of the Catholic Community of Sydney City South, Fr Paul Smithers, and painted by local artist, Danny Mulyono. Fr Smithers said many of his parishioners have a strong devotion to Eileen and he hoped the new mural helped to embody her story more within the life of the broader community. Full story.