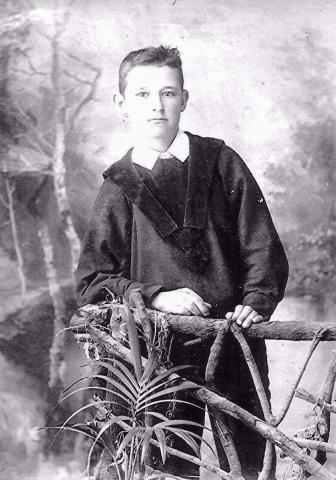 11 April 1881. Our Lady’s Nurses for the Poor co-founder, Rev. Father Edward (Ted) McGrath, is born at Bungeet West, near Devenish in northern Victoria. He endures a difficult childhood by any measure. His Irish-born father, who has unsuccessfully tried his hand as a goldminer, farmer, sly-grog shop proprietor and publican, dies when Ted is just three years old. Three of his siblings die in infancy. His mother is forced into bankruptcy and then dies in a fall from a buggy four years later. Ted is shuttled between his extended family, living in 19 different homes over the next nine years. Eventually, he comes under the care of his now-married eldest sister, Catherine. He attends primary school at St James but has little chance of completing his secondary education. At the age of 16, he finds work with Victorian Railways as a porter and then as a clerk. Throughout his long life, Father McGrath will never forget the shame and humiliation of poverty.